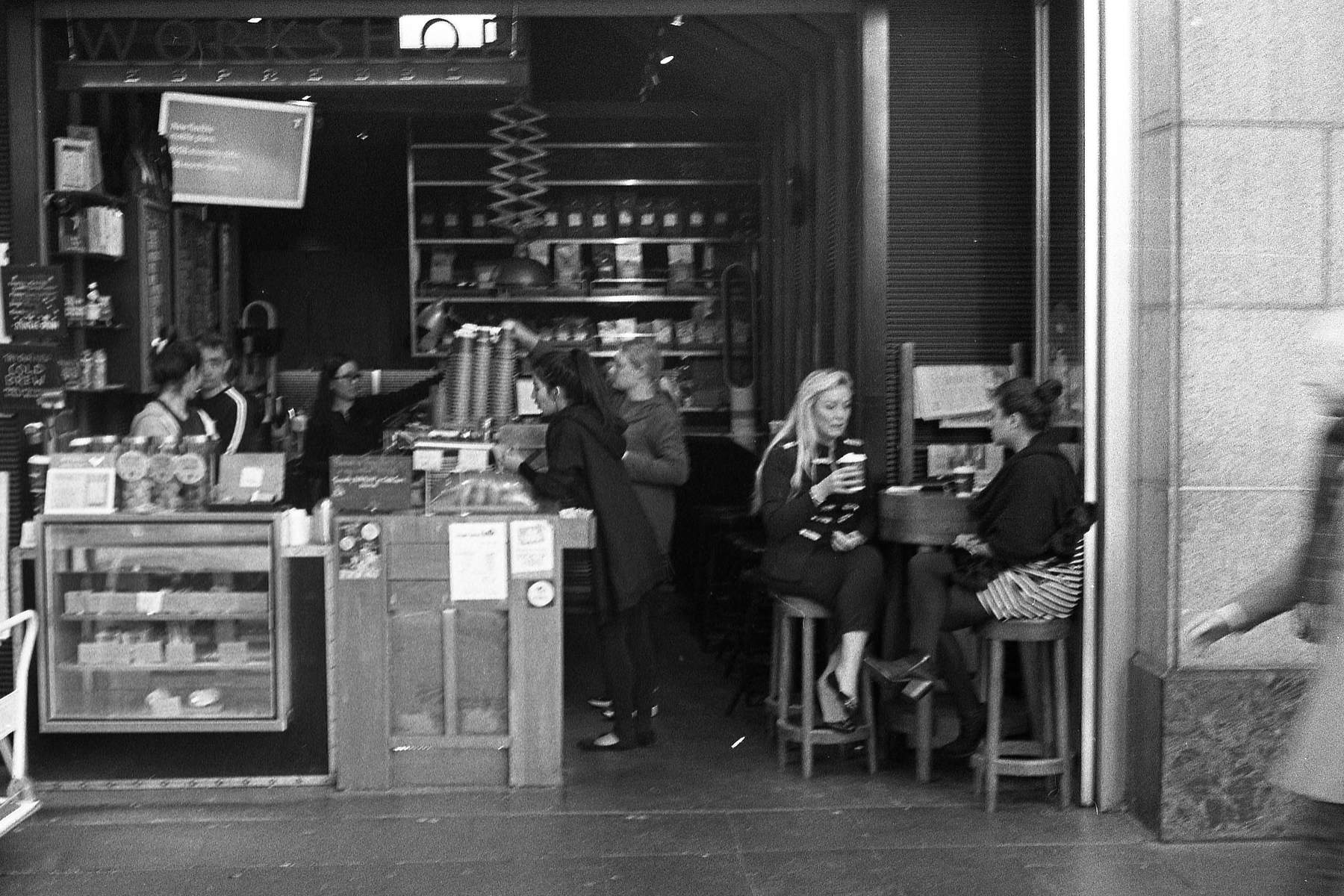 When my digital friends point their collective critical finger and scoff at images of mine that are not razor sharp, I simply give a smile and retort with a quote from Henri Cartier-Bresson, which was “Sharpness is a bourgeois concept.”

So, HCB has given me the ability to smack those digital dudes about the fact sharpness does not make the photo any better or any worse. What is important about the saying is to understand is how we interpret what he meant. I think about some of the photographs that had a major impact on me. Those images may be razor sharp, but they become in my mind a blurred memory afterwards. The blurriness does not take away the power of the image, and allows me to think on the overall intent without focusing on insignificant details.

I guess the best way to explain what I mean when I say ‘think on the overall intent’ is to discuss a photo that is somewhat blurry and whyI feel it shows the intent regardless. The photo I have chosen is called “Cappuccino Girl.” It was taken in Sydney in the evening with failing light. I had to react quickly because a stream of pedestrians were heading my way. The upshot was that the image has motion blur, but I managed to capture the girl ordering her cappuccino. She is the subject and the intent was to show the interaction between her and the staff.

Looking at the image we have a sense the girl is the focus and the subject. She is not pin sharp, but we can easily engage with her. My intent was to show the interaction she has with the staff, who are more interested in chatting, and she in been in a hurry to get going with her cappuccino in hand. Given the fact we can still make this out while not having crystal clear image shows that nothing has been taken away from the visual narrative.

When you go out taking photos, you are going to have some shots that are not like a studio setup. Instead in getting annoyed and passing them over, have a look and see if they present a story. Then, look if some post production is needed to fix some of the more extreme issues, but try to keep it to a minimum. Sharpening an image will itself introduce artifacts. A bit like the cure is worse than the bite. Once again, let me state very clearly that a sharp image is no better or worse that one with blur if the intent is apparent.